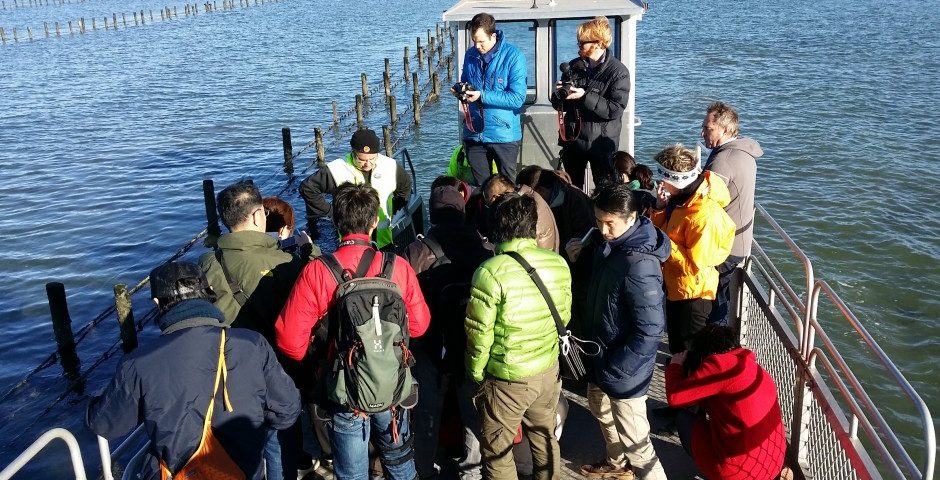 Three years ago, the tsunami in Japan destroyed 98% of the oyster industry in Tohoku area alone. As part of a collaboration between the Australian Industry Trade, Shellfish Culture, SED graders and Seapa, a delegation of 12 farmers across Japan came to Australia to learn about Australia’s efficient farming technology, and how to produce quality oysters ‘in the shell’ which attracts a much higher price. There has been an increase in oyster bars across Japan who are demanding premium oysters in the shell. The recent trip included visits to various farms around Hobart where the farmers were taken out to the leases to see the different operations. Among these visits was to Freycinet Marine Farm, who farm subtidal, similar to that of the Japanese methods. 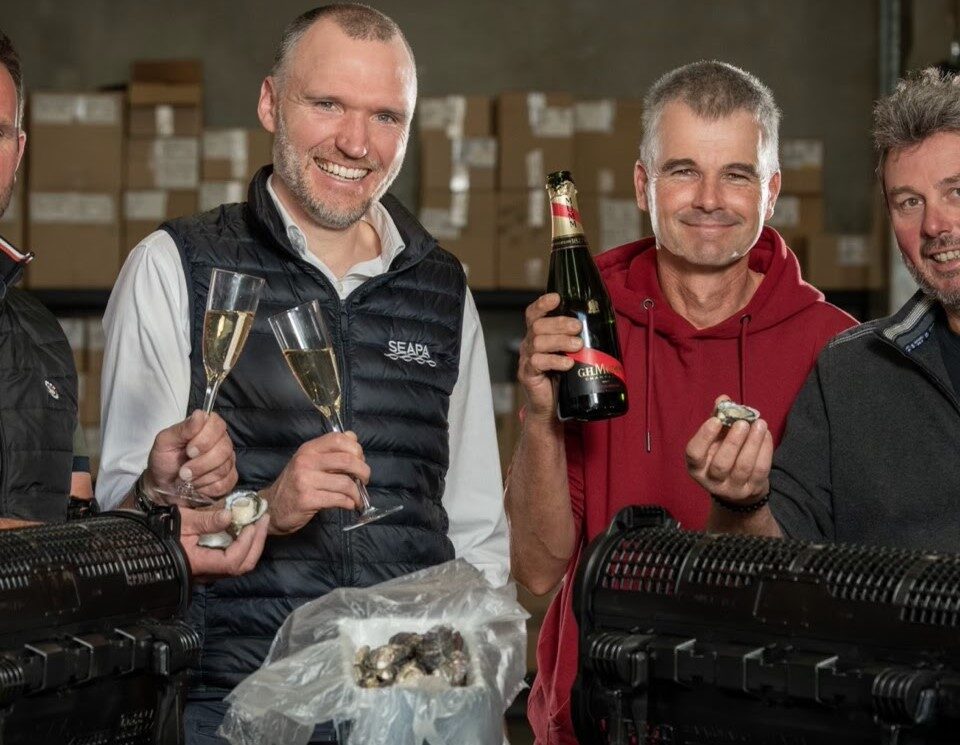 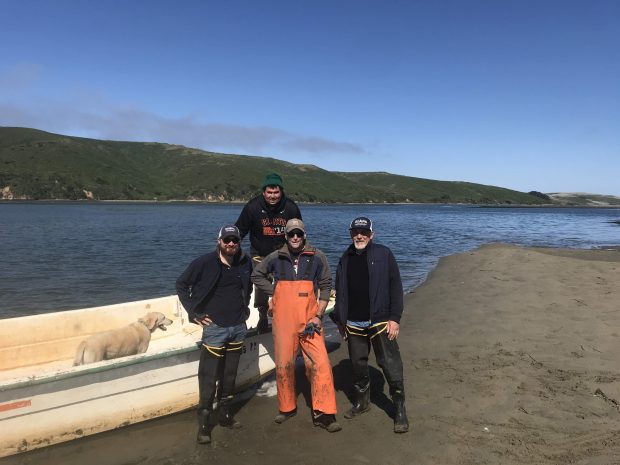 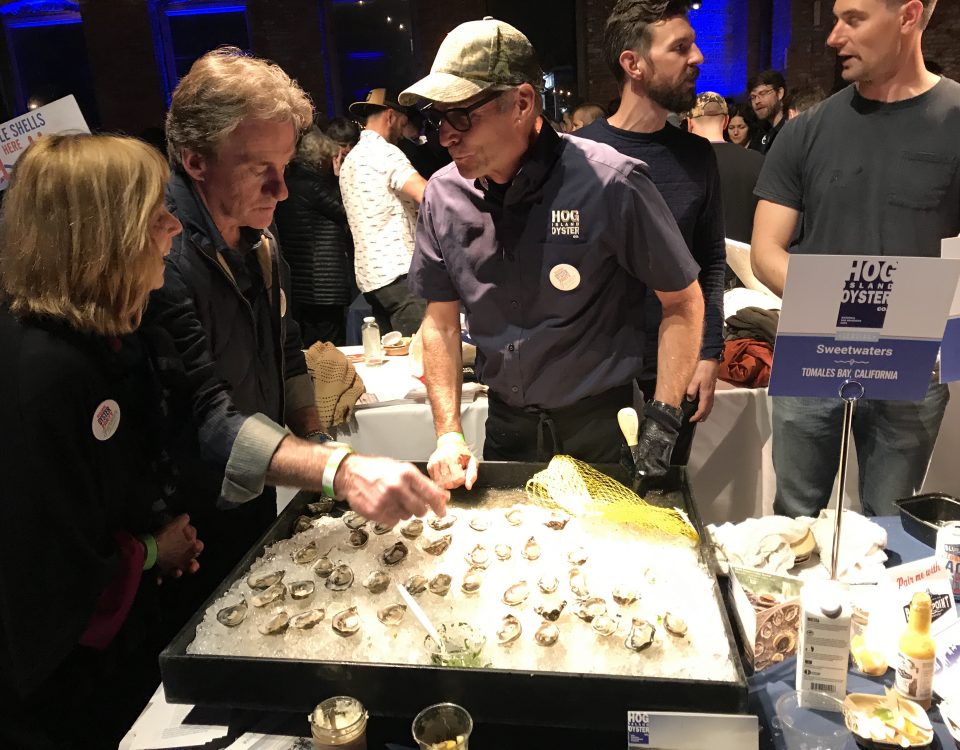